Yaffa Media initially deployed WoodWing Enterprise version 5 in 2009 across all its print titles as stated in the original case study. The solution provided digital flatplan capability with Planmaker fE and remote text copy fit functionality using InCopy directly to editors. This revolutionised the mark up and editing of pages and reduced turn around time in production dramatically.

In 2010 the system was upgraded to Enterprise version 7 and Content Station was added to the solution. This meant that the Dossier content structure was introduced for articles management and images were added to the workflow in addition to layouts and text articles. Remote editing using the Multi Channel Editor inside ContentStation web also meant it was easy to edit ‘on the road’.

Further to this upgrade Yaffa then extended the workflow outside of the magazines and introduced the directory production into the workflow by creating an integration using SmartCatalog to their database that held the records. This was heavily scripted in InDesign to automate the layout build and the files were saved into Enterprise for checking and updating massively reducing the time to produce the directory but also meant they were able to provide a more up to date and accurate product.

Then in 2011 the start of multichannel publishing occurred with the introduction of iPad apps for some of their leading titles including AdNews. This included adding the Digital Publishing modules to Enterprise as well as an online integration to an in-house implementation of Subs Plus. This meant subscribers could login on Friday at midday and get their latest copy before the print version was distributed over the weekend. Since then Yaffa have release 16 apps into the market to compliment their most well known print magazine titles. They migrated to Adobe’s Digital Publishing Suite platform in line with industry trends and have released some apps on Android and also provided custom publishing apps to suit industry demands for mobile content.

Whilst focusing on workflow and delivering efficiency on the printed titles and their apps, the reality was that Yaffa had built up an integrated media business and the digital brands were growing in popularity and a significant source of revenue. The challenge was managing print content in one system and digital content in a CMS was time consuming and prone to errors of mismatch with editors effectively handling the content twice. When WoodWing introduced Enterprise 9 and the concept of PublishForms to the workflow capabilities, it was clear that the tools and functionality provided meant this problem could be addressed. A project was conceived to work with the service provider of the web CMS platform to see how a connector could be developed as unfortunately ColdFusion was not supported ‘Out of the Box’ by WoodWing in the same way that WordPress, Drupal, FaceBook and Twitter are.

To this end it was decided that due to the open connectivity of the WoodWing technology the web solution provider only needed to present a simple API and Creative Folks was able to develop a connector to import the web forms and save as PublishForm templates for use by the editors, meaning their print and online text was housed and managed in-one simple Dossier and managing the publishing was as simple as one click.

Whilst the development of the connector got under way, there was the need to address some other factors in the planning of the upgrade.

Firstly, in order to upgrade to version 9 of Enterprise it was necessary to upgrade their Adobe licenses to the current version but their flatplan software PlanMaker fE was no longer being developed by the vendor and was therefore incompatible. An assessment of migrating to another solution was undertaken in conjunction with their online ad booking system implemented just prior. Dataplan’s Journal designer was chosen as it suited the distributed nature of the planning process and also allowed for ad booking to be automatically imported and artwork managed and placed automatically in conjunction with the SmartConnection plugins.

Secondly, the PublishForm allowed the publishing of images as well as text so extending the image workflow was necessary to cater for the ever-expanding quantity of digital assets and to manage their necessary usage rights. Elvis DAM was being used as an archive tool, so it made sense to make use of the integration WoodWing had developed since acquiring the product. After some consulting on metadata and process an expanded Elvis DAM structure was devised and new workflow tested for image editing and repurposing. It also meant that a centralised location for all Yaffa’s content both published as an archive and also as a source of content for syndication or reuse by other editors.

Once the application recommendations were approved it was time to put a solution architecture design in place and start building out the new infrastructure. This took the form of a new cluster design using Virtual machines and SAN storage to provide the best redundancy and flexibility. Creative Folks built the VM’s and configured the applications to suit the design.

The connectors to Yaffa’s hosted ad booking system ‘Carma’ was tested in conjunction with Journal Designer and the testing of the web connector to the CMS was also under way. The next step was to do migration testing of the articles, layouts and images in production so as to develop a timeframe for migration of each brand as they were deployed. Once understood a plan for deployment was devised with Matthew Gunn and it was decided to once again use FoodService News as a pilot, as it was a truly integrated brand across all channels. The pilot ran for a 4 week period and threw up a number of areas that needed refinement, so updates to the connectors were made, performance improvements to the infrastructure were implemented, a faster internet connection was installed for remote editors to uploaded their images into the DAM and feedback to WoodWing was provided to suggest some additional features which were delivered in due course.

Training and documentation for users was scheduled and undertaken by Creative Folks with the full rollout commencing in August 2014 including a new site in Port Kembla also being added after an acquisition of specialist bike publishing brands Mountain Biking Australia, Bicycling Australia and Bicycling Trade.

Training and deployment is almost complete with many editors working remotely in Queensland, ACT, Victoria and even an airport hanger! 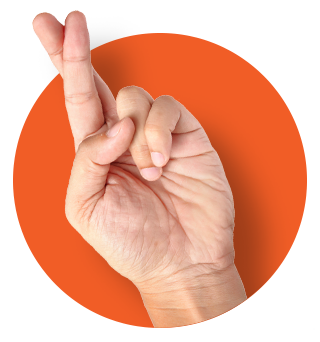 Is your attitude to cyber-security crossing your fingers and hoping for the best? Ransomware is a growing cyber threat affecting thousands of Australian small businesses every day, with attacks increasing 5-fold in 2016.

Don’t let your business be the next victim…

Want to learn how you can store and manage 1,000,000,000 assets? Empower your staff to discover company approved assets and increase your brand awareness

At Creative Folks, we get excited about making the business of communication easier.